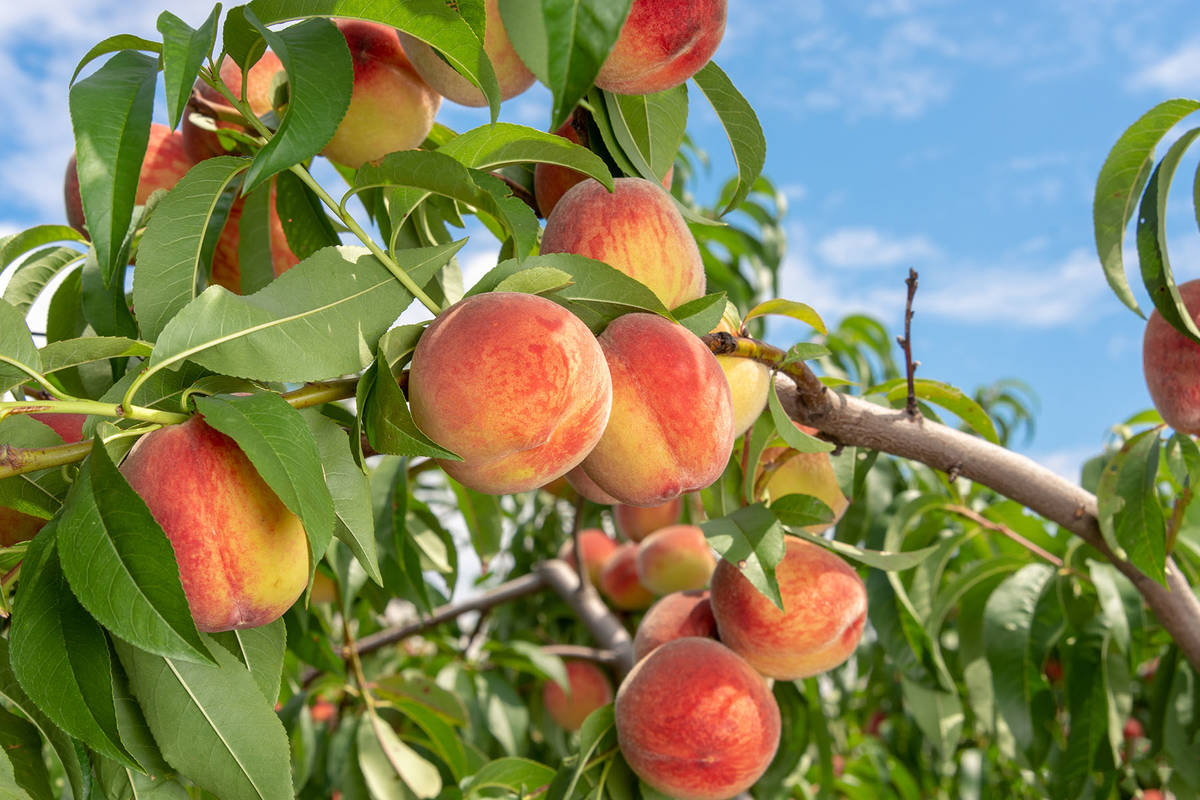 Quiz provides an overview of gardening in the desert

Take this quiz and see how you stack up against other desert gardeners.

1. A dead branch on a peach tree in the summer usually means a problem. The problem is often:

2. A healthy plant that has been in the landscape for five years that can easily fit in a 5 gallon nursery container should be watered with:

A. One gallon of water each time it is watered

B. Two gallons of water at each watering

C. Five gallons of water each time it is watered

D. Ten gallons of water each time it is watered

E. Fifteen gallons of water at each watering.

3. The best time to plant landscaped trees and shrubs is:

A. At any time of the year

B. When it’s coldest

C. Just before it gets hot

D. Just before it gets cold

5. When using plants to reduce cooling costs in summer:

A. Shade all the walls in your house with evergreen plants.

B. Shade the north and east sides of the house with deciduous plants.

C. Shade the south and west sides of the house with deciduous plants.

D. Shade the east and west sides of the house with evergreen plants.

E. Shade the north and south sides of the house with evergreen plants.

1. Any of the above could be correct, but the most common reason that one or more south- or west-facing branches die on a peach tree in the summer is because of borers (insects). In our desert part of the country, the most common borer is probably the flat apple borer: a flathead worm when young but a winged beetle when it matures.

These beetles lay their eggs on trees most often in early spring, but it can be done any time until early summer. Once these eggs hatch, the small worm or larva digs tunnels into the tree where it feeds on its juicy parts just under the bark. It is here that it grows larger, changing from a flat-headed creamy white worm to a darker beetle with wings and finally pupates a few months later. As an adult, it flies to find a mate and start the egg process all over again.

The water in the soil acts as a storage “reservoir” for the roots of the plant until its next irrigation. The first water used by the plant is in the upper parts of the soil. Later, it will draw water from deeper into the tank as the upper part of the soil dries up due to evaporation and plant use.

3. The best time to plant landscaped trees and shrubs is always during the cooler months of spring and fall, never just before or during the warmer months. In the Las Vegas area, the planting time is generally from late January to around March in the spring and from late September to October in the fall.

Avoid planting trees and shrubs during the colder months and the hottest months. Planting just before it gets hot invites problems unless you have no choice. Planting during heat or cold increases the risk of plants dying and the time they have trouble establishing.

4. This is a delicate and very confusing question. This is why it is important to note the mature size of a tree or shrub when purchasing it and setting it up in your landscape.

Generally speaking, the more a plant can grow, the more water it will need later on because it will grow taller in the years to come. Not my problem, you say? Yes it is! A large plant is difficult to remove emotionally and financially, whether it’s you or someone else. As a tree grows, it needs more and more water.

Desert (xeric) trees are not inherently weak in their water use. But they can tolerate less frequent irrigations. The trees and shrubs of the desert will ‘talk’ to you and tell you it’s time for a drink. This is what gives them a growing advantage in the wilderness.

Desert trees will support as much water as you want. They take this “extra” water and convert it into luxurious growth. This is why you see such a long and unsightly growth in desert saplings after receiving a lot of water. This luxurious growth, along with the density of their leaves (they drop their leaves when running out of water) can be used to gauge when to water desert trees or not.

5. There are several methods to reduce the cost of air conditioning in the summer. But one landscaping method is to shade the south and west walls and windows of your home with deciduous, not evergreen trees and shrubs. It’s even better if you use xeric plants (desert trees and shrubs) to shade those walls and windows because you can irrigate them less often and save water. Of course, there is no water saving if they are not on separate irrigation valves.

A general rule of thumb is to plant trees and shrubs about half their mature height from the wall of the house. This means that a 30 foot tree should be planted about 15 feet from the foundation. You can plant closer than that, but remember that they will need to be pruned so that they grow far from the house.

The roots of plants planted in the desert grow where there is irrigation water. Providing at least a 3-foot distance from these walls reduces the risk of root invasion and water damage to your concrete foundation.

Keep the soil around your home dry and free from weeds. It’s less inviting for insects that might enter your home in the spring and fall.

Bob Morris is a horticultural expert and Professor Emeritus at the University of Nevada, Las Vegas. Visit his blog at xtremehorticulture.blogspot.com. Send your questions to [email protected]

Letter: A gardening analogy to explain leveling up