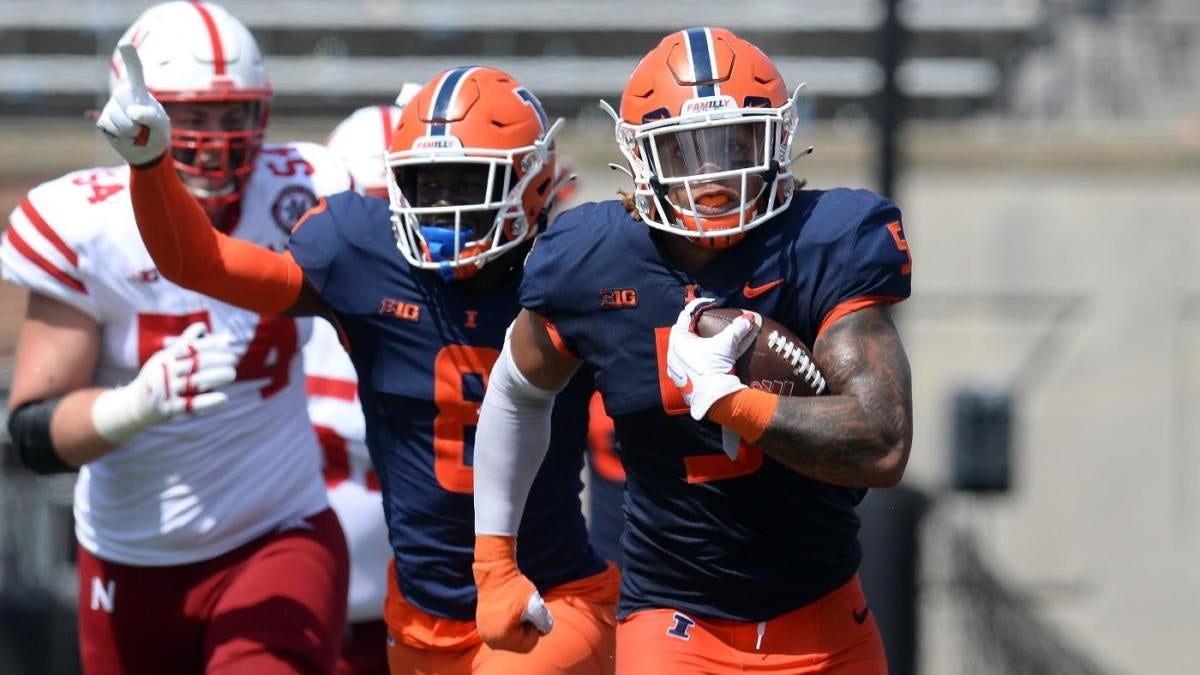 The first day of the college football season delivered some interesting storylines, even with only a handful of games on the slate. Among them, none will dominate this weekend’s review more than Illinois’ 30-22 win over Nebraska, and what the loss means for Scott Frost and the Cornhuskers moving forward.

The loss looks bad in all directions, starting with the Cornhuskers being favored by a touchdown, and including the loss of Illinois starting quarterback Brandon Peters in the first half. But the issues go deeper than that. Racking up penalties and giving up on vital turnovers only continue themes that have been present with Nebraska in recent years.

UCLA also got off to a great start in their Week 0 win, taking a 24-3 lead over Hawaii in the first quarter and capitalizing on that advantage for a 44-10 victory. Former Michigan running back Zach Charbonnet had 106 yards and three touchdowns in just six carries. In total, the Bruins rushed 249 rushing yards at 5.7 per attempt. Senior quarterback Dorian Thompson-Robinson’s performance raised concerns early in the game as the pass attack struggled, but a 44-yard touchdown pass to Kazmeir Allen early in the third quarter was delivered a spark.

Elsewhere, we’ve seen Fresno State do business against UConn 45-0. Quarterback Jake Haener threw for 331 yards and three touchdowns against a Huskies defense that hadn’t played since the end of the 2019 season after retiring last fall.

The evening slate features a rivalry match between UTEP and New Mexico State, as well as San Jose State’s 2021 debut against southern Utah. There was a lot to cover even for such a light slate. CBS Sports was there every step of the way to update you with the latest scores, highlights and storylines throughout the day.

Graves of 19,000 English cemeteries to be mapped online | Anglicanism