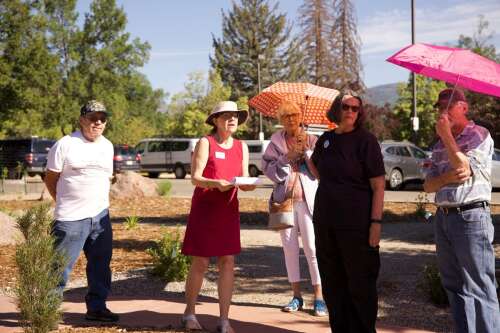 On Monday, members of the USS Edwards tour the Literary Gardens portion of the Durango Botanical Gardens. (Tyler Brown/Durango Herald) 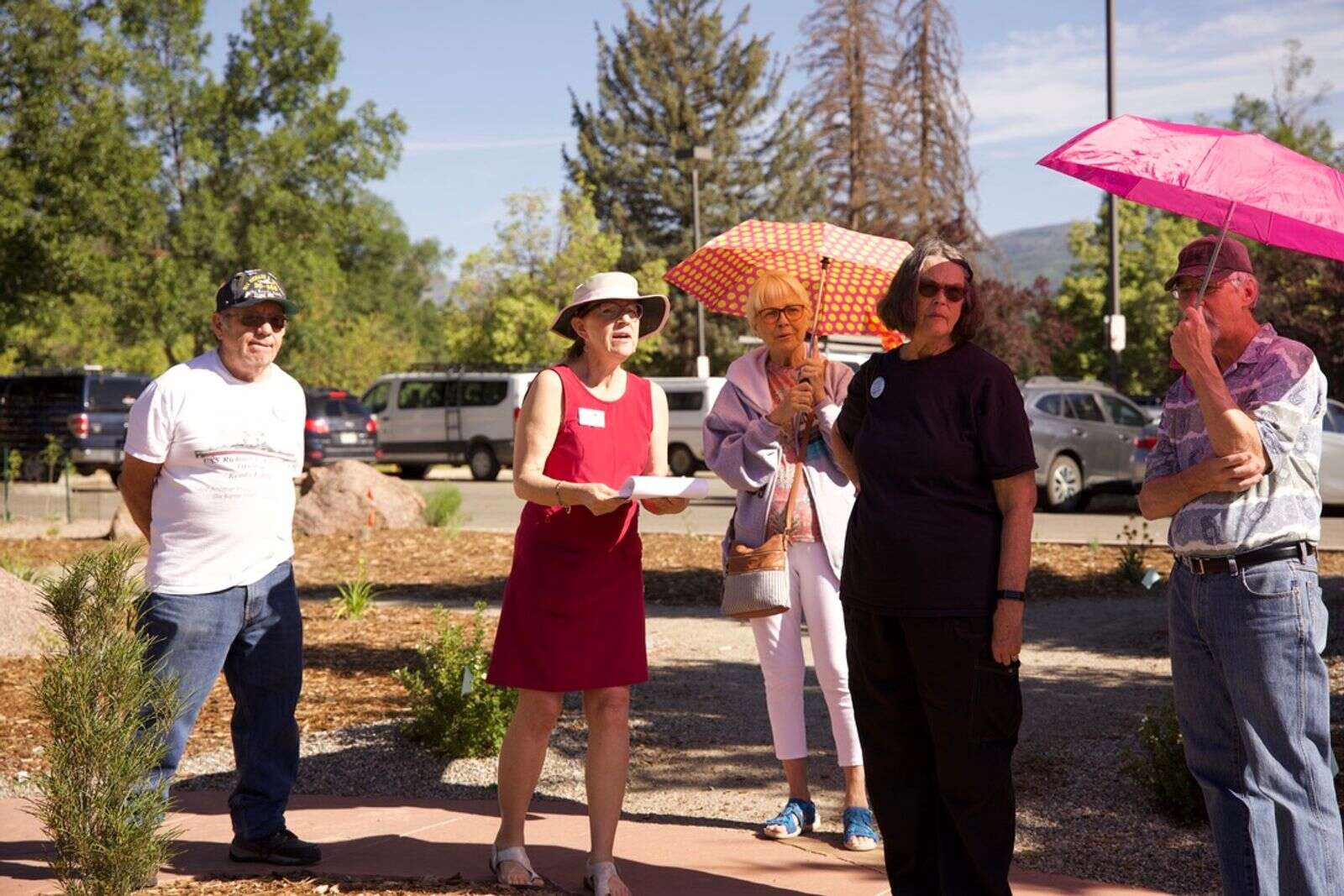 The former service members visited the Durango Botanical Gardens on Monday to celebrate the 50th anniversary of their service on the USS Edwards in Vietnam.

Veterans and their partners strolled through the newly added Literary Gardens to enjoy a day in the sun.

All four members were Navy fire control technicians on the USS Edwards. The group has visited different locations across the country to celebrate over the past 22 years.

“Basically a couple guys on the East Coast thought it would be cool if we all got together, so they started sending emails announcing when and where we were getting together,” the Navy veteran said. Don Sims.

The group chose Durango because it was a central location to where they were all from. The veterans came from states across the country, including California, West Virginia, Washington and Oklahoma.

Sims said there were 260 members in the group, many of whom wanted to go to San Diego. But the group had been to San Diego before, and others wanted to explore somewhere new, making Durango a timely destination.

Although others were reluctant to visit Durango, the group was happy with their decision. The group was blown away by all the activities Durango had to offer on such a small scale.

They spent an hour touring the gardens with the guides from the Botanical Garden where they asked questions and learned about the different flowers and plants. The Sims liked the layout of the garden and how well organized it was, while another veteran, Ben Smith, obsessed over a used container in the garden.

“I like the container because now I know what I can buy at home to play with the tomatoes,” he said.

After enjoying all the gardens had to offer, veterans sat around picnic tables to talk about their history while sharing a few laughs. 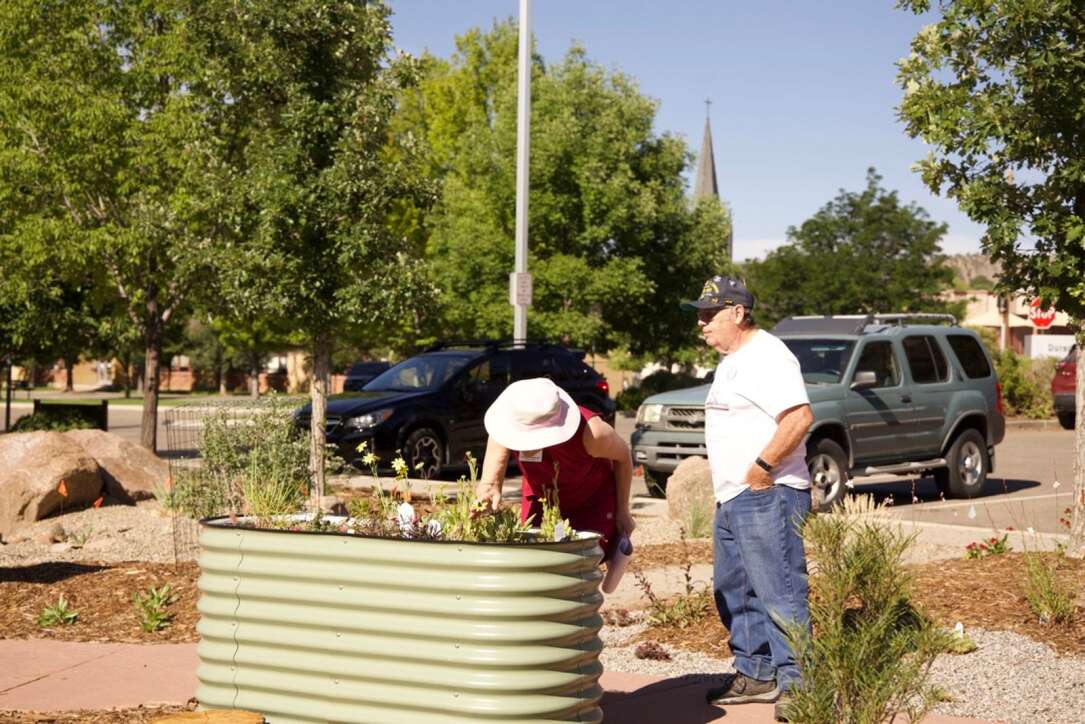 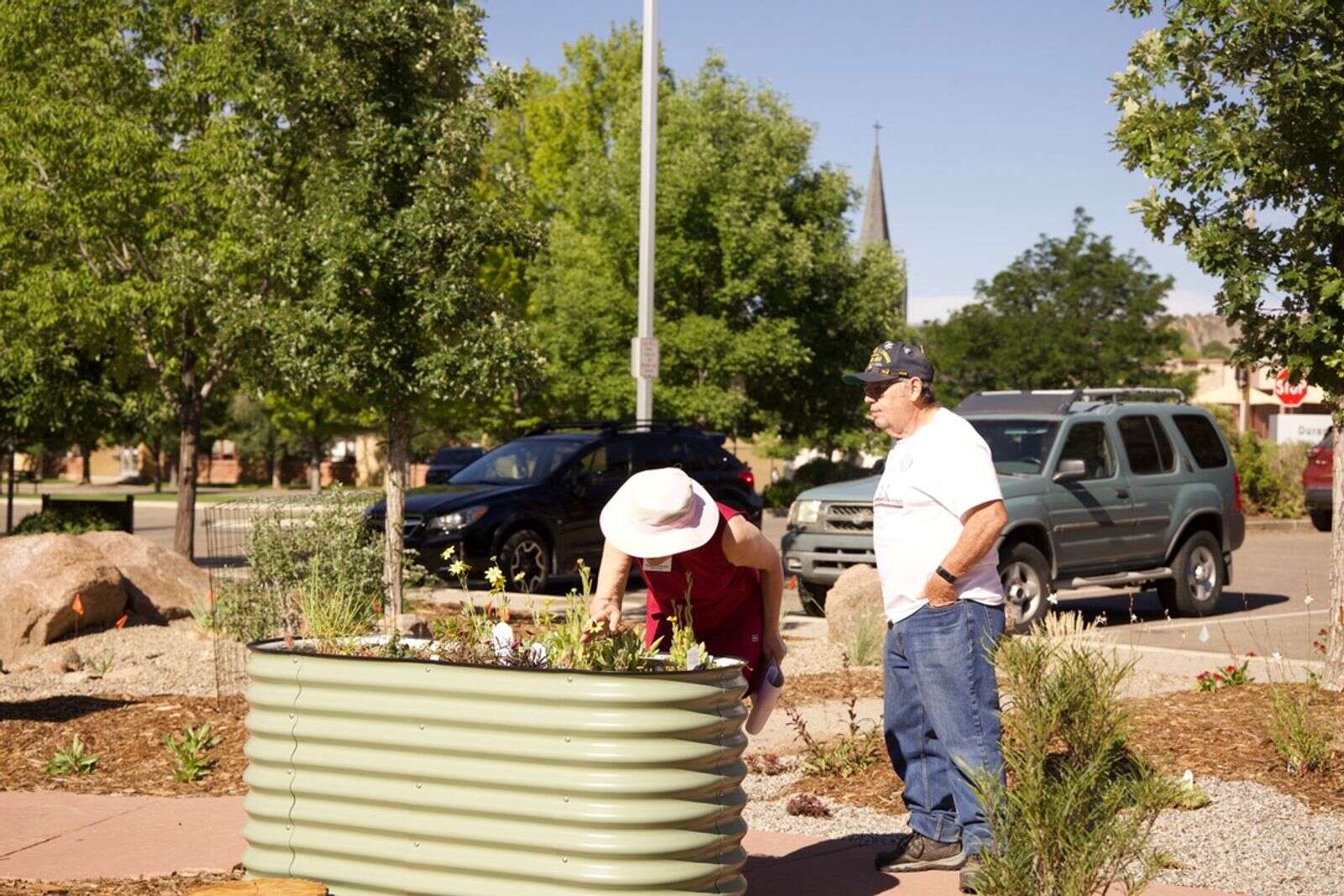 When asked if he could share any interesting stories from his service, Navy veteran Worthy Paul jokingly replied, “None that we can tell.”

Paul found it interesting that most people don’t know the Navy was involved in the Vietnam War. He shared stories of long nights involved in fights on the water.

“We were shooting at them and they (shooting at us) all night long,” he said. “We had this thing called an observation pilot and he was flying low to give us the coordinates to shoot, and our job was to follow his coordinates and shoot at that location.”

He said this type of combat happened every night in the navy, which made him grateful for peacetime.

“No matter how hot it is today, it’s still not that hot,” Paul said. “Where ammunition is stored below decks, there’s purposely no ventilation. So when you cross that deck to load ammo, you start sweating just standing there.

Smith shared a story of falling asleep behind a gun rack while shooting.

“We worked so many hours, I fell asleep behind a gun and they fired I don’t know how many shots, and I didn’t wake up. That’s probably why I use hearing aids now,” he said. 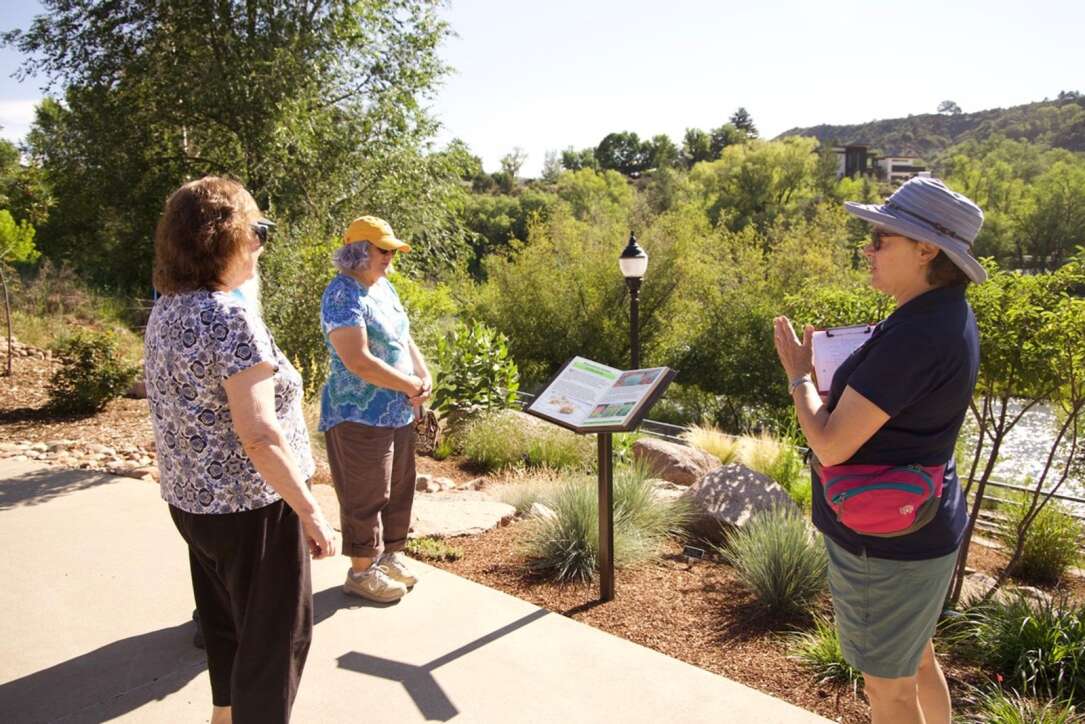 Guides discuss the different types of vegetation on the trail to the Durango Botanical Gardens. (Tyler Brown/Durango Herald) 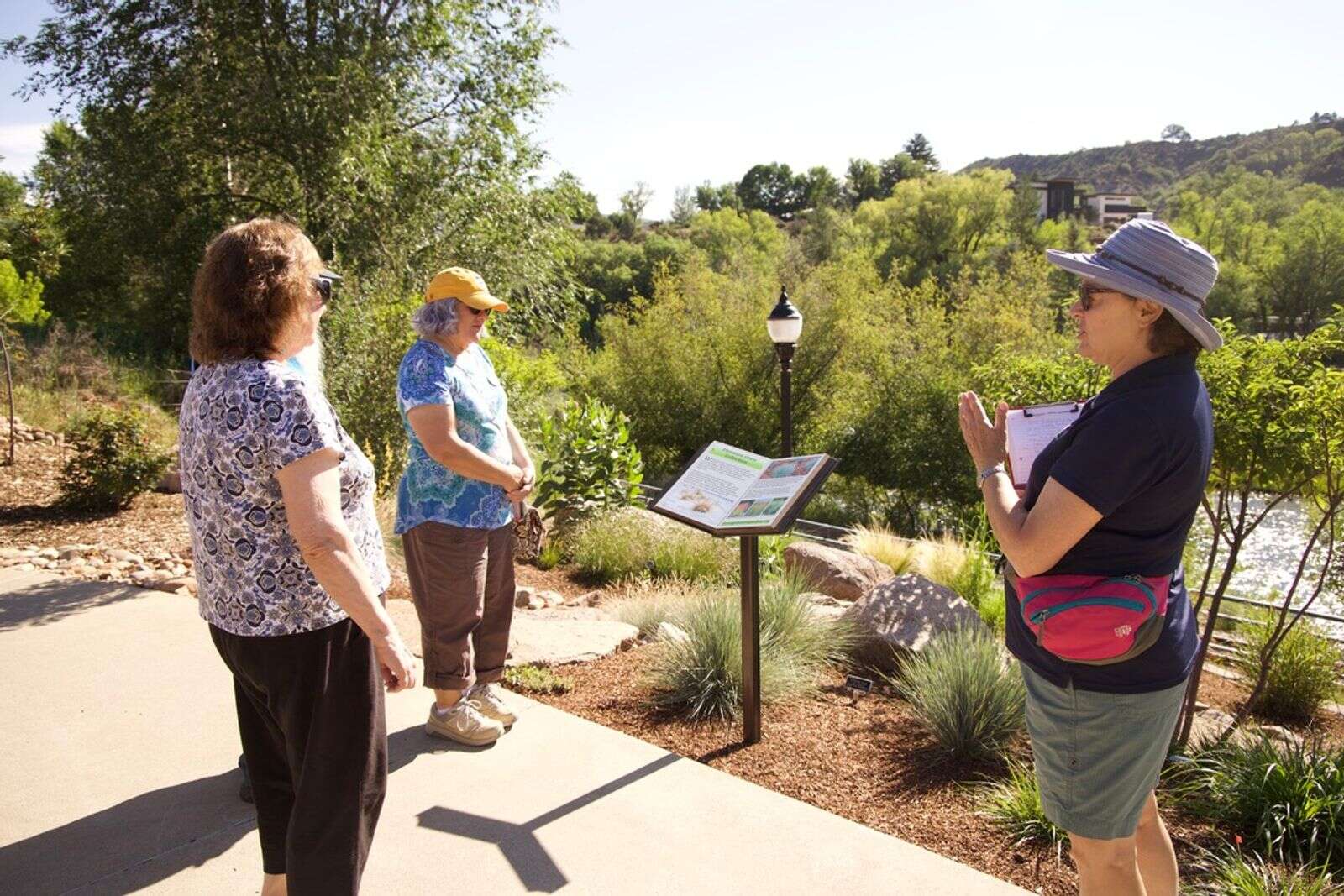 “The tours are so important because they really introduce people to the gardens, what we do, that we’re here for the education,” she said.