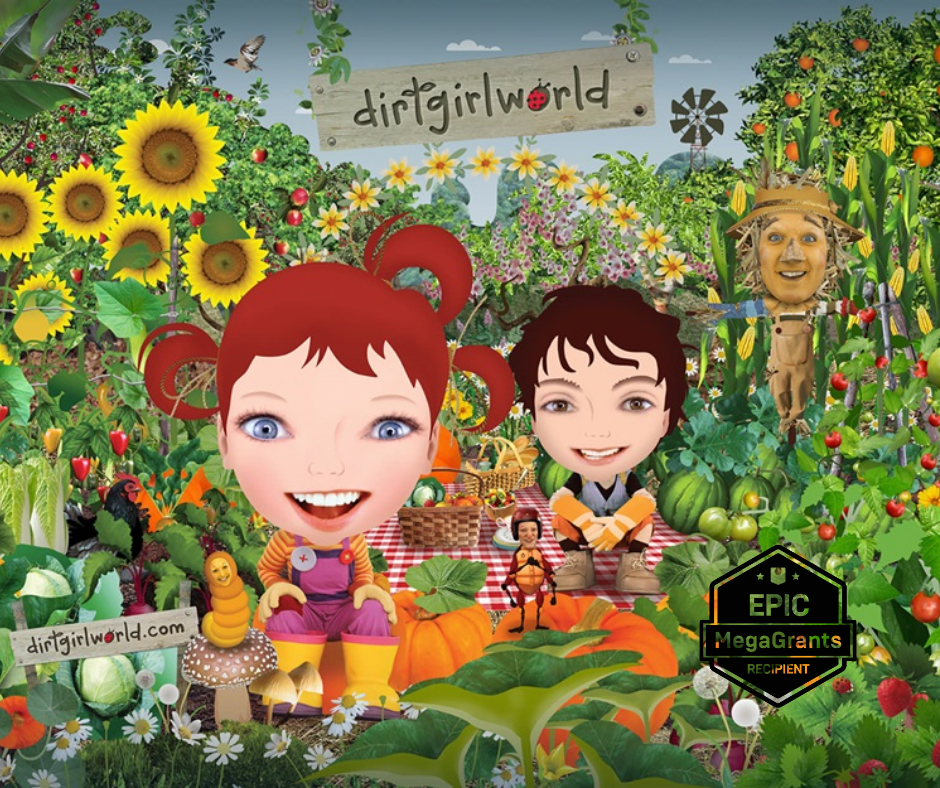 Miroma Project Factory is delighted to announce that it has received a Epic MegaGrant from Epic Games, which will be used to deliver a Dirtgirlworld mobile game using Epic Unreal engine.

Support provided by Epic MegaGrant enabled the development of a Dirtgirlworld mobile game that will allow children to explore the amazing world of worms, learn about their important role in nature, and allow them to set up and manage their own worm system. Worm Composting and watch the worms turn waste into rich compost.

Launched in 2019, Epic MegaGrants is a $100 million (USD) program to accelerate the work of talented artists and developers using Unreal Engine or enhancing the open source 3D graphics ecosystem.

The show’s creator, Cate McQuillen of Mememe Productions, says “dirtgirlworld has always been about connecting kids with nature, inspiration and fun. Play that leads to confident action is one of our secret weapons to growing a generation of kids who like to get out and get dirty. Disrupting screen time with green time speaks perfectly to the core of the alpha generation. We are thrilled to receive an Epic MegaGrant and team up with Miroma Project Factory to create this epic composting and gardening game.

The game is slated for release in late 2022.

Dirtgirlworld is a celebration of the outdoors, taking kids into a world where the real and the unreal collide. Dirtgirl grows awesome tomatoes, knows the names of clouds, drives a big orange tractor, and has a garden full of friends.

Miroma Project Factory is a multi-award-winning digital production and development house that creates innovative and interactive digital products across web, mobile, social media and gaming platforms. Miroma Project Factory is a female-led team and was listed by Woman Love Tech as one of 11 creating an amazing workplace for their employees. Its reputation is built on delivering game-changing products in entertainment, broadcast and health, with a deep specialization in gamification for engagement and behavior change. For more information, please visit www.theprojectfactory.com.