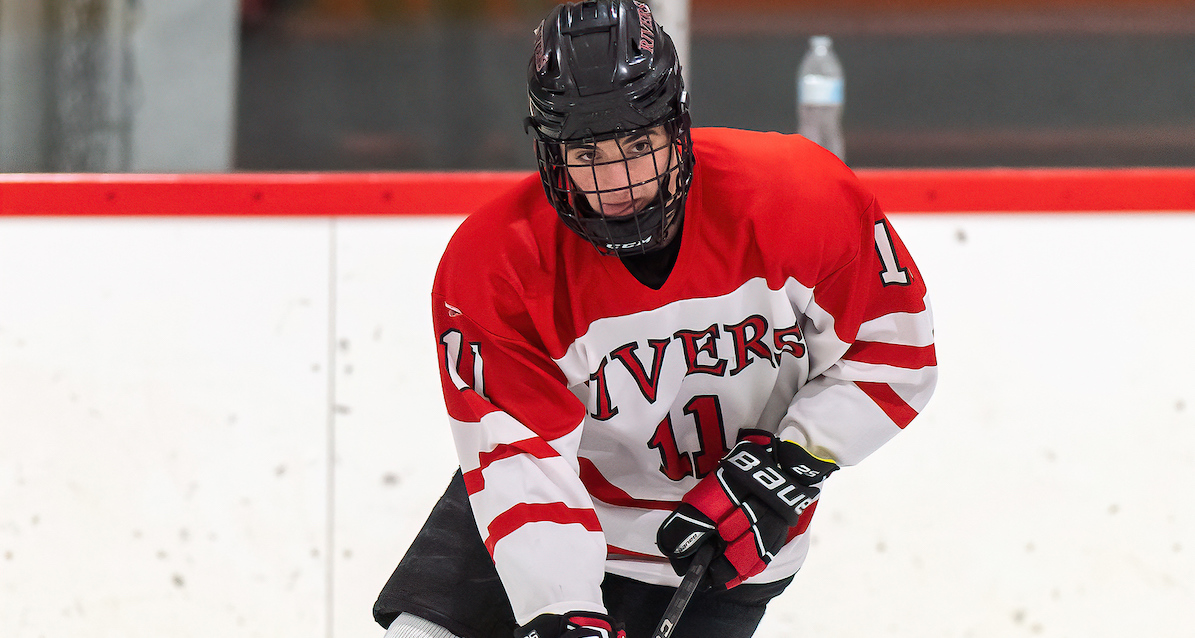 In some ways, Newton’s teenager Ziv Deener-Chodiker is an average kid. A Gann Academy alumnus, he is a center of the Rivers School hockey team and hopes to attend Williams College next year, where he plans to study computer science and economics. But, first, he will travel to Israel this summer as a player at the Maccabi Games, essentially the Olympics for young Jewish athletes.

Never miss the best stories and events for families, kids and teens! To have JewBoston Plus Kids.

Congratulations on being a part of the American Maccabi hockey team! For those who don’t know: can you explain how important this is?

The way I say it: it’s like the Jewish Olympics. It takes place in Israel every four years. I think there are almost 80 countries, and they have the same sports as the Olympics.

Have you tried? How were you chosen?

I just got an unexpected email saying, “This is pretty exciting.

The test took place last July and I couldn’t go because I had a separated shoulder at the time. The way things went, I think the coach knew me a little bit through other people. They may have watched a video online. Then I got this email, congratulating myself. So I texted and I was like, “I just want to make sure this is a legitimate offer.” Because I felt like the team had been put together months ago. He said to me, “Yeah, I thought of you. And, yes, it is real.

What type of training is it? I guess the team has people from all over the country, so how are you training?

I haven’t been given a specific schedule yet, but I’m guessing we’ll have a training camp at some point just so the guys can all get together. These are people from all over the country, so obviously we can’t train every week.

When did you start playing hockey?

I was probably 3 years old in my garden the first time I was on skates. Since then, I have played for my hometown in Newton. I transferred to some club teams with the Boston Junior Eagles. And then, my first year, I was at Gann Academy. I was recruited in a few preparatory schools. My family and I decided to continue with this. I made the switch and ended up going to Rivers School in Weston. This is where I am at the moment. I have been playing here for four years.

What would you say to families considering hockey? I know this is a big commitment. I have friends whose kids play hockey and they wake up at 5 in the morning.

It is certainly a lot of time and a lot of commitment. But there are different levels. When I was younger, when I played in town, there were a lot of early mornings. But I liked it so much. I loved my teammates and the game. I had very good coaches. There is a lot of training outside the rink, every summer with some training, some extra stuff. You absolutely have to love it because it is a big commitment. But it can be different for each level and each child. There is no one right way.

How many hours a day do you practice?

Well, with the school we have a practice or a game every day of the week. So let’s say an hour and a half a day.

Do you want to play professionally? What is your ultimate goal?

I think college will be where my real competitive career ends. This is section III. Most people who play professionally play in Division I, or they don’t even go to college at all. I want a good balance between studies and athletics.

What excites you the most about the Maccabi Games?

I mean, honestly, just having the opportunity to be in Israel and play hockey is pretty cool in and of itself. And I’m really excited to meet all the guys. I’m excited to have a good race there. It will be a great experience to meet people from all over the world and play hockey in a country that I love so much. I have been to Israel twice already.

Is there a link between hockey and Judaism? You don’t hear much about Jewish hockey players.

Yeah. I think there is a growing Jewish presence in the hockey community, and it starts with us as young children. And then you see these outliers going into the NHL. There is an Edmonton Oilers player who attended a Jewish high school similar to Gann Academy. I think it’s growing. And it’s pretty cool to have this opportunity where you have a bunch of guys who all had the same kind of experience growing up, playing hockey, and being Jewish. I think it’s cool to see that we all share the same story.

You don’t need to know yet, but do you have any idea what you want to do after college?

My friends and I always joke about starting some kind of startup together. We don’t know exactly what yet!

Never miss the best stories and events for families, kids and teens! To have JewBoston Plus Kids.