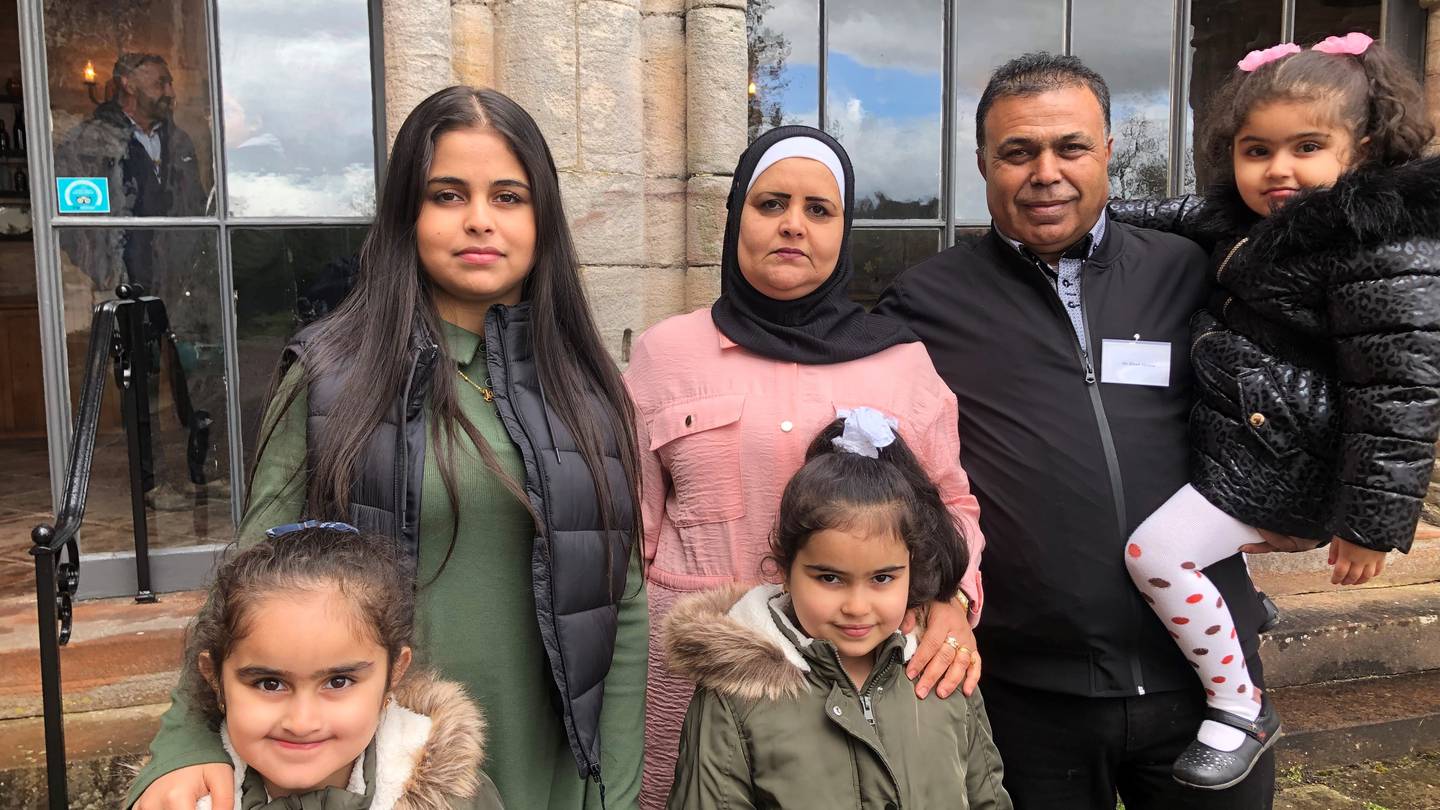 The Prince of Wales met refugees from war-torn Syria on a day trip to Cumbria.

Prince Charles spoke to two families who have found safety and built new lives in Britain after fleeing war overseas.

He spoke to them after meeting local farmers and business owners at Hutton-in-the-Forest, a Grade 1 listed house, near the village of Skelton.

The family, originally from Aleppo, fled Syria to Lebanon and were resettled in Carlisle in 2017.

They were one of the first families among about 250 people resettled to the region from Syria, the Middle East, North Africa and Afghanistan, thanks to the Ministry of Interior, the United Nations agency for Refugees and Cumbria County Council.

Jamila, translating for her father, said their home in Aleppo was bombed in Syria, causing the family to flee.

The prince asked them how they were doing and if they were enjoying life in the UK.

“He just asked how we like him and if I like school and if we like him here or not,” Jamila said. “My dad said, ‘I’m very happy. Lovely “.”

Mr. Moussa, who worked in Syria as a gardener, a passion also shared by Charles, works as a delivery driver but also keeps a housing estate.

“I like it here because I come from the war and I came here and I’m very happy,” he said. “I miss my country but it’s not a good government.”

Ms Moussa said the prince spoke some Arabic, saying “inshallah” after asking how they were doing with Ramadan.

Ms Phillips said 11 million homes in the UK had open fireplaces and her device saved around 5% of household heat loss.

“It’s amazing how many open fireplaces there are,” she said. “I think he got it. What he was supposed to say was, ‘I could do with a few of those in my house’, but he didn’t.

“He would need some.”

Charles also heard from locals about the fight for Newton Rigg College in Cumbria, one of the country’s most important land-based institutions, which closed in July 2021.

Newton Rigg Ltd, a community organization, is fighting to preserve the site for educational purposes and to rebuild land-based education and training.

He also visited the extensive cheese section of the shop at Tebay Services, the UK’s only family run service station, which works with 70 local producers to showcase the best of Cumbrian food and produce.

Events, activities and ideas to make Easter with family and friends an unforgettable moment