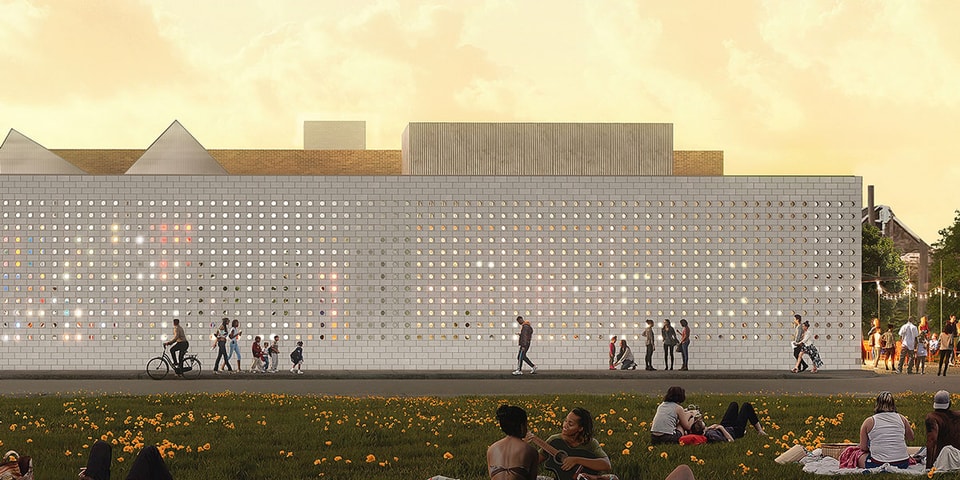 Dutch architecture firm OMA has unveiled plans for a new arts and community center in Detroit named “Lantern”. The project will be led by OMA partner Jason Long, and will be done in collaboration with arts organization Library Street Collective, and will use a former commercial bakery and warehouse in Detroit’s East Village.

When completed, Lantern – a moniker based on the glow that will radiate from its perforated facade at dusk – will house the headquarters of two local nonprofits named Signal-Return and Progressive Arts Studio Collective (PASC). Elsewhere, 5,300 square feet of affordable artist studios will be created, alongside galleries, gathering spaces and retail. Overall, the building aims to provide a center for community creativity on Detroit’s Kercheval Avenue.

“PASC and Signal-Return are two amazing organizations with a multifaceted approach to community development through the arts. To support and enhance their ambitions, we turn both the building inward and outward to bring a new density of activity and creative living to East Village.

During the design, and while thinking about the future use of the building, OMA focused on enhancing what already exists. With much of the architecture in poor condition, the team considered what interventions could be made to encompass what is missing – for example, transforming an area lacking both its roof and end wall into a a courtyard.

This courtyard will serve as the main entrance to the building and the OMA hopes that it will become a space in which public activity can take place. On the parallel Amity Street, the artists’ studios will be visible from the sidewalk. Galleries will line the courtyard, and shops and commercial spaces will be grouped together on the facade of the building, along Avenue Kercheval.

Since the building is currently not in use, some openings have been bricked up or barricaded. OMA’s approach will see them “open strategically”. In the artist studios, operable windows will provide much-needed ventilation to allow for ventilation, and in the gallery, the gallery windows are extruded outwards to create space for art exhibitions.

A key element of the design will take place on the south of the building, which faces the intersection of two major streets. Rather than inserting windows on this facade, which is currently made of solid concrete, the architects will drill 1,500 holes in the walls and fill them with glass bricks.

While OMA’s lantern is firmly land-based, Bjarke Ingels’ company BIG recently unveiled plans for the world’s first floating city, which will be located off the coast of Busan, South Korea.

Somerset A358 doubling plans – give your opinion on the new designs

7 lucrative side jobs for gardeners