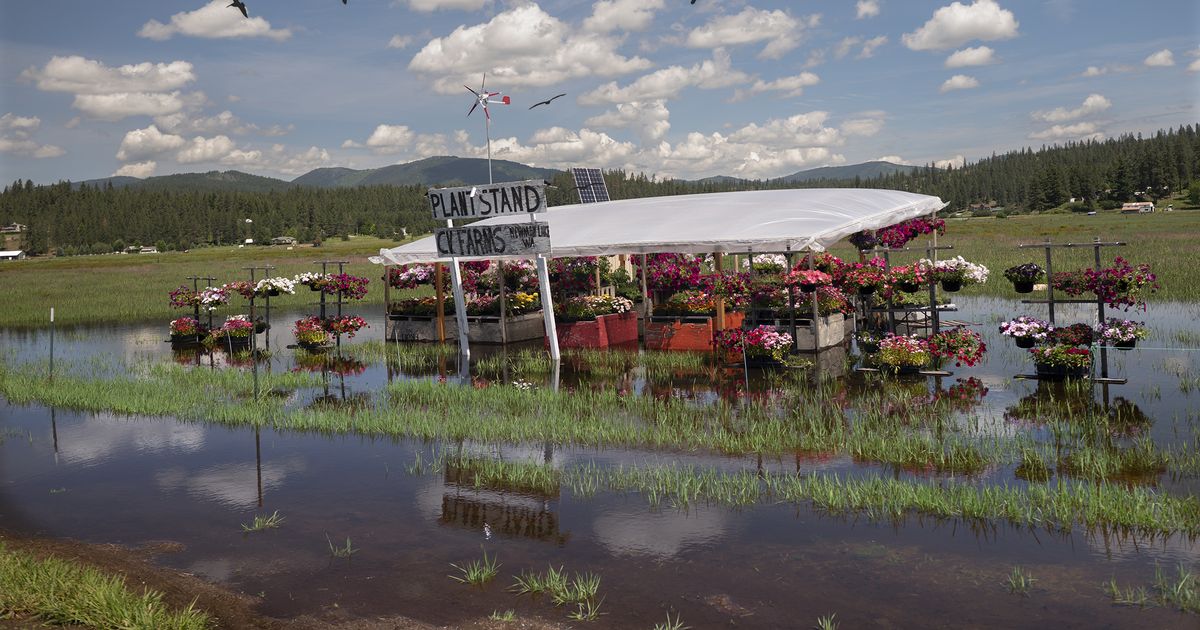 By Julien A. Luebbers

Spring has been tough for gardening.

The warm weather has taken its toll, bringing late winter chill and heavy rain in what should be the season of sunshine.

While humans can make their way through dreary drizzles, plants depend on the weather to stay healthy. But the cold weather has affected growers at home and in local greenhouses and nurseries.

“I was telling everyone coming in early April, May when we first opened that no one should put anything in the ground because it was way too cold.”

Sales have increased to the point where Liberty Park has even surpassed the pandemic-era shopping boom.

The greenhouses were almost empty on Monday, filled with vast apartments that had been covered with flowers and plants. Although the weather may have been sour, business was not.

The story at Haase’s Greenhouse on South Hill was a bit different, though things were going well.

Haase’s employee Mike Goodwin said the season typically peaks around Mother’s Day and tapers off from there.

But this year, sales have been much more stable.

“We hear customers coming in and saying they’re just getting started, they just couldn’t get motivated, they didn’t go out to their yard because it was wet all the time,” said Goodwin.

Over at Secret Garden and Greenhouse, Dee Peck, who owns the business with her husband Ed, told a similar story.

Spring was tough for gardening, but sales seem to have held up.

Some plants, such as tomatoes, cucumbers and vegetables, sell below their brands.

By this time of year, Haase’s expects to have sold its tomato plants, but it still has a good supply.

The end of the sales season, with the accompanying discounts, will probably solve this problem.

While they don’t expect to top the pandemic gardening boom numbers, Goodwin said he expects Haase’s season sales to be unaffected by the late spring.

But while cool-season crops are doing well, they’re also being negatively affected by “more pest problems this year than in other years,” Kohlhauff said.

Rain also increases the number of leaf spot-like diseases, which tend to grow well with lots of humidity and moisture, he said.

While cold nights could be down, the National Weather Service forecast includes warmer temperatures to start the week.

Despite rising temperatures, many home gardeners still struggle with waterlogging from excess rainwater.

To counter the effects of excess water, Fitzpatrick tried slow-release fertilizers and other time-release products.

“You can sprinkle them on top and then let the rainwater bring it in naturally,” Fitzpatrick said.

“So you don’t water it, but it still gets the water and nutrients it needs to flower.”

But nothing can replace heat and sunlight.

With the sun coming in, Peck said she’s confident the season will end well.

“We should be able to grow our regular gardens,” Peck said. “Once the ground warms up, they will take off.”

Kohlhauff recommended that if people haven’t planted, they should look for vegetables that produce in a short season such as green beans, summer squash, zucchini and short-season tomatoes.

“Don’t try to start them from seed,” he said.

The many local greenhouses in the area can help you.

After the weather-induced slow start, many local greenhouses are having late-season sales.

Liberty Park and Haase’s have marked their plants and Secret Garden will begin marking their perennials this week.