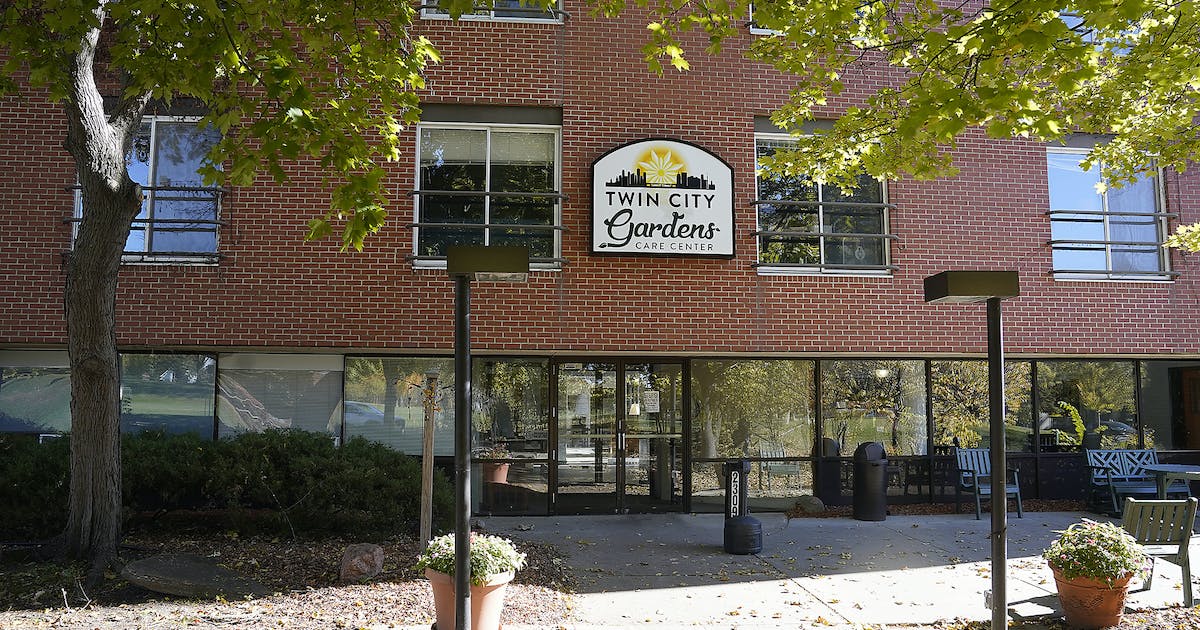 A Minneapolis nursing home was taken over by the Minnesota Department of Health over nearly 20 crumbling care and financial violations.

The Twin City Gardens nursing home, with 31 residents, will be under new management after a Ramsey County judge on Friday granted the Department of Health’s request to place the facility into involuntary receivership.

“The many overdue accounts and lack of supplies at Twin City Gardens is an emergency,” the Department of Health told the court. “Its lack of food and medical supplies will pose an immediate and serious threat to the health and safety of residents and create an emergency situation where residents will not receive adequate care or nutrition. “

The retirement home owed its food supplier $ 40,000, its pharmacy $ 65,000 and Excel Energy, which sent a disconnection notice in early October, $ 10,000, according to court documents. The facility also had difficulty obtaining oxygen and medical supplies because it owed the vendors money.

Twin City Gardens has been cited for violating federal and state regulations during inspections and complaint investigations.

As the problems increased, teams from MDH visited the facility every day between October 13 and 20.

Among the problems, MDH staff observed that the facility shared a blood glucose monitor among residents, including one with hepatitis C, without properly cleaning the equipment between uses. The nursing home lacked the supplies needed to disinfect the monitor, the court noted in its order.

On October 15, a resident sat in excrement for nearly four hours because staff did not respond to calls for help. The resident called 911.

“The residents are not receiving adequate care and the situation is likely to deteriorate, perhaps without warning,” MDH said in his court application.

Twin City Gardens is owned by PC Hayes Management, a for-profit company with a mailing address listed in Round Rock, Texas.

Philip Thompson, who is on the list of executives for PC Hayes as well as Phil Chai Healthcare Management in Round Rock, could not be reached for comment.

According to court documents, Thompson told MDH staff that the paychecks had not been refunded.

The nursing home’s director of dietetics said Thompson told him to limit each resident’s meal expenses to $ 5.50 per day, MDH investigators learned in an interview.

“MDH considers this amount to be lower than the average for nursing homes in Minnesota,” the agency told the court.

PC Hayes took possession of Twin City Gardens in October 2020. But he was unable to renew the license for Twin City Gardens, which expired at the end of September, because he cannot prove liability insurance, according to MDH.

In addition, the facility owes the Minnesota Department of Social Services $ 1.4 million in surcharges, penalties, and unpaid interest, including overdue payments withheld by the previous owner.

MDH also discovered that the nursing home was not testing some unvaccinated staff for COVID-19.

According to federal records, about 55% of the facility’s employees have received the vaccine.

Staff members who are not vaccinated are supposed to be tested twice a week under government regulations. One worker had not been tested for three weeks and another for about two months.

“The facility did not track which staff were vaccinated or how often unvaccinated staff were tested for COVID-19,” MDH noted.

A hearing has been scheduled for Wednesday in which nursing home owners can argue that the receivership should not be continued.

In the meantime, MDH has said it will work with temporary management company Pathway Health to put the facility on a more solid footing.

“We are communicating with family members and residents about the transition as we work to stabilize operations and allay their concerns,” said Martha Burton Santibáñez, director of the health regulation division at MDH. “We will be working with the new Facilities Manager to help residents and staff through this transition. “

What can your local public library offer you? : Bushwick Daily